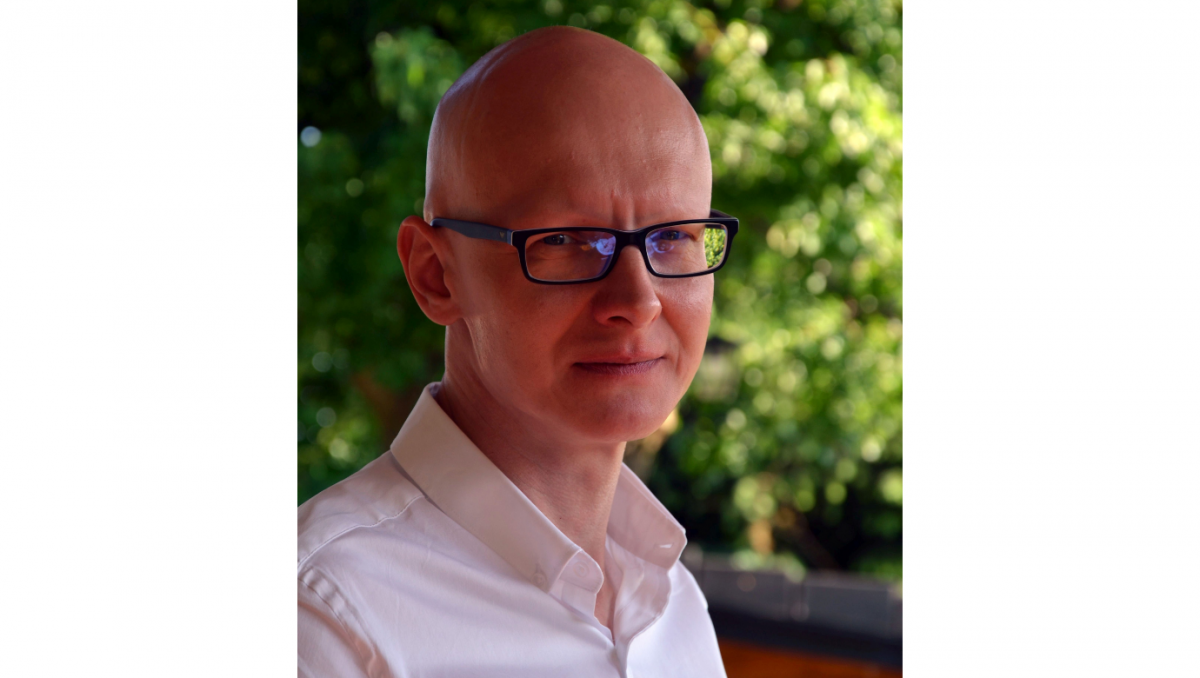 On a daily basis, Andrzej is Data Engineer working for Data Department on building the Smartest Data Platform in the entire Universe ;)

He says: I like to read books that let me look at things in different light. Each book is like a visit in a unique universe full of hopes, fears, and prejudices. It is best portrayed in Philip Dick brilliant book “Eye in the Sky”. It’s a long, exhausting journey through a series of alternative realities built like matryoshka dolls. The only way to escape this, is to “clean the doors of perception” as suggested by William Blake, because then “everything would appear to man as it is, Infinite”. So, you can start cleansing your perception of your role in this world with “Selfish gene”, you can wonder if it is true that “God Is Not Great: How Religion Poisons Everything”, you can subscribe to neocolonial worldview of relentless progress despite the world being “Hot, Flat and Crowded” or you can hear voices suggesting that there are “Limits to Growth”, if you need some super powers to cope with all this, try visiting “Frankenstein's Castle”, or... omg did I mentioned it is exhausting? But, last quote from Haruki Murakami, “If you only read the books that everyone else is reading, you can only think what everyone else is thinking.” So, it is worth the hassle.

1.Robert A. Heinlein, Stranger in a Strange Land

Although Heinlein was not a very good writer, the Library of Congress named this book one of 88 “Books that Shaped America”.  Valentine Michael Smith was born on Mars and raised by Martians. He returns to Earth and looks at the human culture with totally non-human eye.  He challenges everything related to sex, death, religion, and money. The book resonated with the hippie movement and it became iconic, like a bible to some of them - something that was completely unexpected to Heinlein. Those ‘dirty hippies’ came from all over the country and camped outside his house. Eventually he made a solid fence and started shooting every hippie approaching the house.

This book is not an Answer. It is a big Question. You may love it, you may hate it, but first you have to groke it.

Grok means "to understand", of course, but Dr. Mahmoud, who might be termed the leading Terran expert on Martians, explains that it also means, "to drink" and "a hundred other English words, words which we think of as antithetical concepts. 'Grok' means all of these. It means 'fear', it means 'love', it means 'hate' – proper hate, for by the Martian 'map' you cannot hate anything unless you grok it, understand it so thoroughly that you merge with it and it merges with you – then you can hate it. By hating yourself.

2.David Graeber, The Democracy Project: A History, a Crisis, a Movement

In this book, David Graeber, activist and anarchist but also Professor of Anthropology at the London School of Economics, the man who coined the phrase “We Are the 99 Percent”, gets you to the heart of the Occupy Wall Street movement. The movement that was the first so successful experiment in direct democracy. He also unpacks so called “democracy” in its usual meaning, and shows how it was carefully crafted centuries ago, by the Founding Fathers, to protect the rich against the poor. The 1% of the richest created, and still creates the rules for how the political system works for the remaining 99% of the population, and turned it into, as Joseph Stiglitz calls it, “legalized bribery”. If you wonder if a different kind of democracy is possible, this book is a first-hand relation how this horizontal, anarchist, direct democracy works in real life, and gives voice to everybody, not only the privileged ones. You can see how decisions are made by consensus, even in a big crowd as the one that gathered on the General Assembly that took place in New York at birth of the whole movement.

3.Naomi Klein, The Shock Doctrine: The Rise of Disaster Capitalism

Milton Friedman is one the biggest misfortunes in human history. In the not-too-distant future his works will be compared to the little red book with quotations from Chairman Mao. Yet Mao ruined only one country while Friedman ruined not only China (Friedman was invited by the Communist Party to China to help in turning it into a world factory with cheap, replaceable workforce), Chile (Friedman and his Chicago boys invited by Pinochet), Iraq, Poland, Russia, South Africa, many, many more and finally United States itself lead by the new Disaster Capitalism Complex and its revolving door tactic. Friedman’s flawed ideas cost lives and misery of countless people throughout the entire world.

Yeah, I know, some of you think I’ve lost my mind. But take a look here: “Neoliberalism must be pronounced dead and buried” says Joseph Stiglitz, a Nobel laureate in economics. “The neoliberal experiment – lower taxes on the rich, deregulation of labour and product markets, financialisation, and globalisation – has been a spectacular failure “, he adds.

In her essay “Against Interpretation” Susan Sontag says that while reading a book or watching a film, instead of searching for meaning, we should see, hear and - especially - feel more. Interpretation always replaces work of art with something less, with some substitute. And actually “Death Kit” can be a good occasion to try this approach. If done properly huge emotional surprise waits at the very end of the book.

This book is not to be read. This book is for you to discover. For self-discovery. It is not a philosophical treaty; it is not a religious revelation. It is difficult but beautiful, more like poetry than prose. If you don’t grok it, don’t worry - you can easily dismiss it by the sheer fact that it was written when the writer developed a mental illness. Just remember that genius & madness are two sides of the same coin.