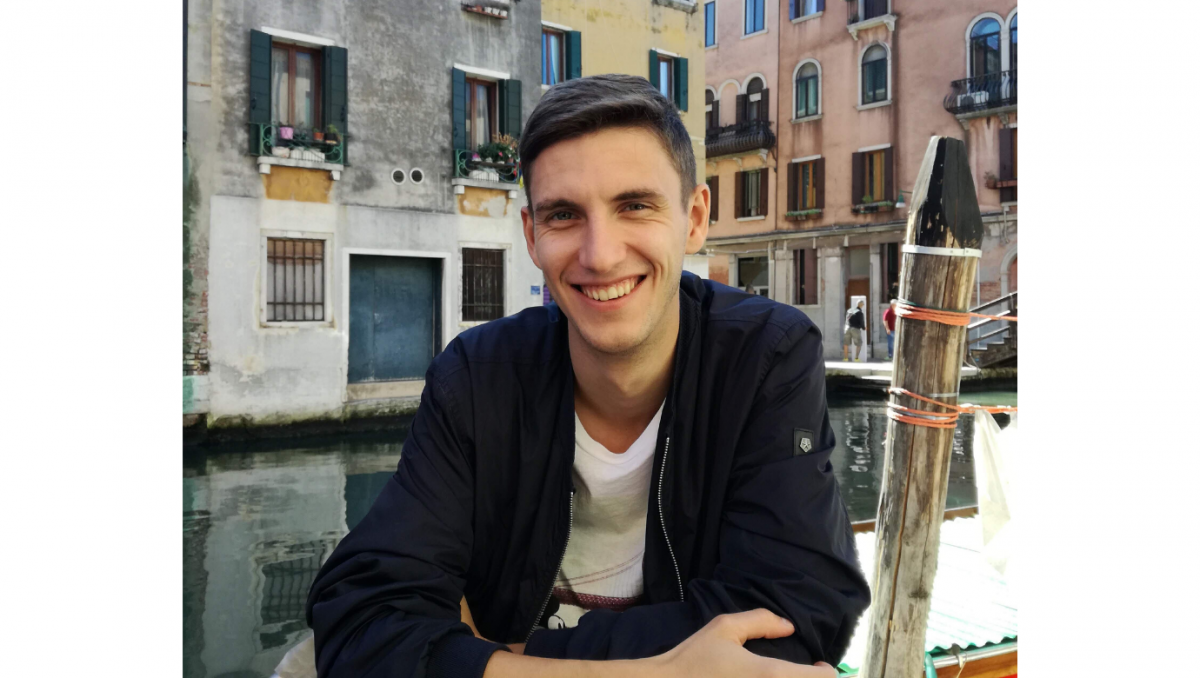 In this series, we ask our William Hill colleagues to share their favourite book recommendations and tell us what specifically they learned from them. Today we present 5 recommendations from Karol Manijak. On a daily basis, Karol is a Software Engineering Team Lead in MTT.

Karol says "I want William Hill to be a place which builds great products, but at the same time also builds great professionals. That's my focus on everyday's job as a team leader."

Check out and enjoy his 5 book recommendations!

1. The Pleasure of Finding Things Out: The Best Short Works of Richard P. Feynman by Richard Feynman

I'm a physicist by education and Richard Feynman has always been an inspiration for myself. He was not only a brilliant scientist but also a brilliant teacher and that's what I valued the most from his work. "The pleasure of findings things out" is definitely not an academic book. In the collection of interviews, lectures and articles given or written by Feynman, the reader is allowed to see the world through the author's eyes. In some of them, Feynman describes intimate stories of how his father taught him to see the beauty of the world, in the other describes what the true science really means and how many of us do and understand it wrongly. In yet another speech, the author shares funny anecdotes and terrifying insights from Los Alamos, the place where Feynman along with many others physicists, worked on Manhattan Project to develop the very first atomic bomb. This book is a depository of unbelievable stories, futuristic thoughts and beautiful ideas that may never cross your mind unless you're a Nobel prize winner physicist - all of this narrated with humour and authenticity.

2. The Intelligence of Flowers by Maurice Maeterlinck

Seems like every human being experiences those moments of reflection on nature's beauty. Maurice Maeterlinck admired nature to the depths and thankfully he was also a great writer, so he was able to describe all of his thoughts and findings in such beautiful words. In a very poetic way, Maeterlinck describes a variety of unusual, bizarre and astonishing mechanisms that flowers developed through ages to grow, live, reproduce and finally conquer most of the world. You will be surprised by how sophisticated engineering devices are in fact flowers and plants next to your house or on the meadow. The essay was originally issued in 1907, so do not expect the newest discoveries there. Rather than that, you'll find here a tribute to nature's true intelligence based on the author's own studies.

3. The Minds of Billy Milligan by Daniel Keyes

Let me quote a passage from a back of the book: "Philip, a petty criminal; Kevin, who dealt drugs; April, whose only ambition was to kill Billy's stepfather; Adalana, the shy, lonely, affection-starved lesbian (...); David, the eight-year-old "keeper of pain"; and all of the others, including men, women, several children, both boys and girls (...)".

Believe it or not, but all of those 24 people lived in one body of Billy Milligan, in which only Billy couldn't be really himself. "The Minds of Billy Milligan" is a non-fiction novel about the first person in U.S. history acquitted of a major crime by pleading multiple-personality disorder. You might've seen "Fight Club", "Shutter Island" or "Split" and if you liked any of those movies, this book is definitely a must-read for you.

4. Deep Work: Rules for Focused Success in a Distracted World by Cal Newport

If I had to use one sentence to recommend that book, I'd say: "I deleted my Instagram account after reading this". Although this may sound like a joke, it's not - this book had really influenced my life. Cal Newport makes you realise the truth which we all are unconsciously aware of, but not doing anything about that - we lack focus and deep work, while the world around us becoming more and more distracting. In this book, you'll find multiple stories and examples of people who all worked deeply for their success: Charles Darwin, Nicola Tesla or J.K. Rowling just to name a few. Also, you'll find lots of tips and techniques to improve your work efficiency, but also other aspects of life. One of them is quality of rest which we quite often underestimate and that's where "Quit social media" chapter comes to the rescue. As you might've realised already - that's what pushed me to delete my useless, time-consuming and unprofitable Instagram account and focus on more important things.

5. The Lunar Trilogy by Jerzy Żuławski

As you may deduce from the title, it's not a single book, but three books series, yet it's worth to bend the rules to present you this one. "The Lunar Trilogy" is a science-fiction book about humans travelling to the Moon, settling there, setting up a new society, developing their own religion and fighting aliens. Nothing fancy, sounds like any other sci-fi book, doesn't it? But there is something special about this trilogy - it's actually the very first well-developed Polish sci-fi. Written between 1901 - 1911, books became famous for their completeness, multidimensional problems and very creative approach. They were not beaten for decades until Stanislaw Lem creations. Of course you may find some of the concepts in the book archaic (especially scientific ones), but remember that while Żuławski was writing his vision of human travelling to the Moon with all the engineering details, Wright brothers just had their very first 12 seconds flight on Earth (yes, the first flight took place in 1903).

We're ready for each and every little colleague to say 'Hello World'!

The birth of a baby is always associated with many emotions but especially with love and joy! As Grand Parade we want to support our colleagues and celebrate with them this special moment in their life!

In this series, we ask our William Hill colleagues to share their favourite book recommendations and tell us what specifically they learned from them. Today we present five recommendations from Krzysztof Kubas. Happy reading!